What is my Essential Question?
My research focuses on the practice of ethical archeology. What practices are not ethical and how can archeologists, museums, academics, and governments around the world work towards more ethical documentation of our histories and cultures.

Unfortunately the feature to embed the map within this website is broken. However you can still access the fully interactive version through this hyperlink! If you want to learn more about this map and how to understand it take a look at the information below. 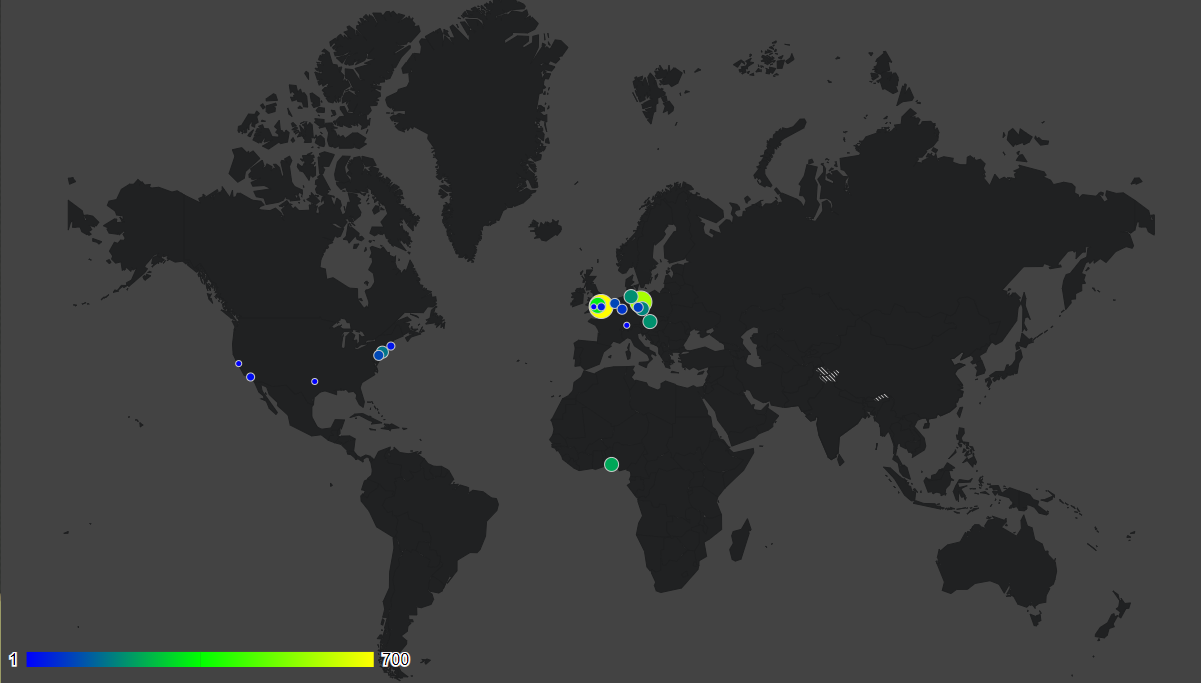 Key Historical Background Information:
For those unfamiliar with the Benin Bronzes here is a quick refresher: In 1897, British armed forces overran the kingdom of Benin, razing the capital city and committing numerous atrocities. Among these acts was the looting of roughly two thousand bronze castings which have since been dubbed the "Benin Bronzes." These highly sought after pieces now reside in museums and private collections primarily located in Europe and the United States, often changing hands alongside exorbitant sums.
What is this map, and what does it say about the state of the bronzes today?
​This is a map that displays the approximate number of Benin Bronzes at each location where they currently reside. However it only charts bronzes currently located in museums which excludes between fifteen and thirty bronzes as they are held in private collections. Currently, the vast majority of the bronzes are on display in European or American museums, and hundreds of years later have not been returned to their country of origin.

Up until very recently the fight for the repatriation of the bronzes had made little to no headway. Some time in the mid to late 20th century the Nigerian government purchased roughly two hundred of the bronzes at auction from the British museum, however it is unclear when exactly this happened. After this they requested that the British museum return the other seven hundred bronzes in their collection, but this request was not granted.
​
Today however things are beginning to change. The German, Dutch, and UK governments among others have began an initiative alongside the Nigerian government to lend and donate the bronzes in their museum collections called the Benin Dialogue Group. Additionally the French government has promised to return the bronzes in its possession in the coming years. Despite all of this, the first bronze to be repatriated was by the University of Aberdeen in September.
The Digital Benin Project and Data on the Ownership of Bronzes:
Currently data regarding the ownership of the Benin Bronzes is VERY incomplete. Researching these numbers was a nightmare and I had to make a lot of compromises between various accounts while making this map. Luckily, as compiling this data is one of the most important steps to repatriation this a task that is currently under way. The Digital Benin project aims to release a complete data set by 2022. This project will likely change the way we approach repatriation world wide, and will hopefully pave the way for more ethical archeological practices in the near future.
Useful Webpages and Sources of Information for This Article and Map:
https://www.britishmuseum.org/about-us/british-museum-story/objects-news/benin-bronzes
http://news.bbc.co.uk/2/hi/entertainment/1896535.stm
https://www.bbc.com/news/world-africa-56949003
https://www.bbc.com/news/world-africa-54117905
https://www.artnews.com/art-news/news/benin-bronzes-safety-repatriation-columbia-university-conference-1234589408/
https://digital-benin.org/